Showing posts from December, 2005
Show all

No Tsunami, but No Beach Either 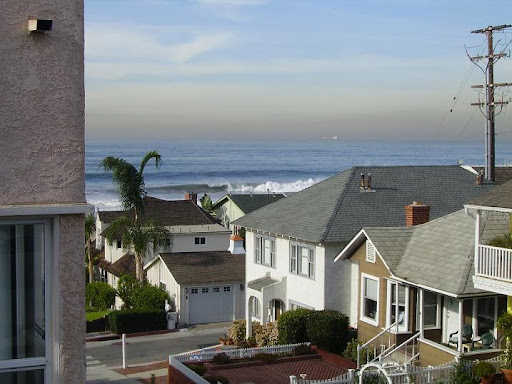 So, last wednsday it really was like the movie. Some were saying that the peak on Wednsday was the biggest waves to hit the Los Angeles region since El Nino . My roomate snapped this picture from our house on 8th Street: They closed down Manhattan Beah Pier, but still checked it out from the strand (a safe distance up!). The whitewater on those waves were 10+ft high. Needless to say, noone was paddling out. And supposedly the LA County Lifeguards saved some woman that got swept away while standing on the bike path north of El Porto before closing off every beach in the SouthBay. And as you can see in the next picture there was lots and lots of erosion. Almost no sand is left on the beach halfway to the volleyball courts. LA county continues to import sand at a rate of 9 million tons per year ( * ) and the washing away of sand from this storm alone is going to cost lots and lots of taxpayer $$! And my brother says that San Diego was firing more than the South Ba
2 comments
Read more 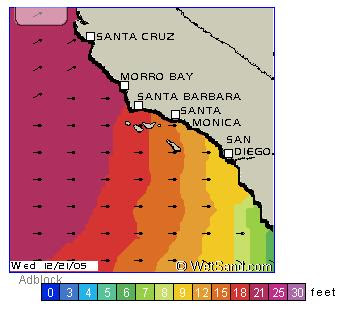 Is there going to be a tsunami in Los Angeles? The swell model at Wetsand dictates a HUGE southwest push is coming next week. Which means that they are forecasting 38 foot waves. To those people not familiar with wave sizes, these waves are measured Hawaiian style from thier backs. That means the 38 foot waves next Wednsday will have 70+foot faces! Get the jetskis ready! For those who have not seen the movie Big Wednsday about the Malibu surfers in the 1960's (whose huge waves are shot in Waimea Bay, not in Malibu) it is an epic struggle of friendship throughout the years where the huge surf brings them all together. (It has Gary Busey for chrissake!) Will this be the year where they could have actually filmed the movie here in LA where it was set?! I think it might be... albeit up the coast a few miles from Malibu. When the tsunami hits LA next Wednsday, thankfully one of my crazy friends has agreed that we can 'hide out' in his cabin up in Mammoth Mountain .
1 comment
Read more
More posts