No Tsunami, but No Beach Either

December 23, 2005
So, last wednsday it really was like the movie. Some were saying that the peak on Wednsday was the biggest waves to hit the Los Angeles region since El Nino.

My roomate snapped this picture from our house on 8th Street: 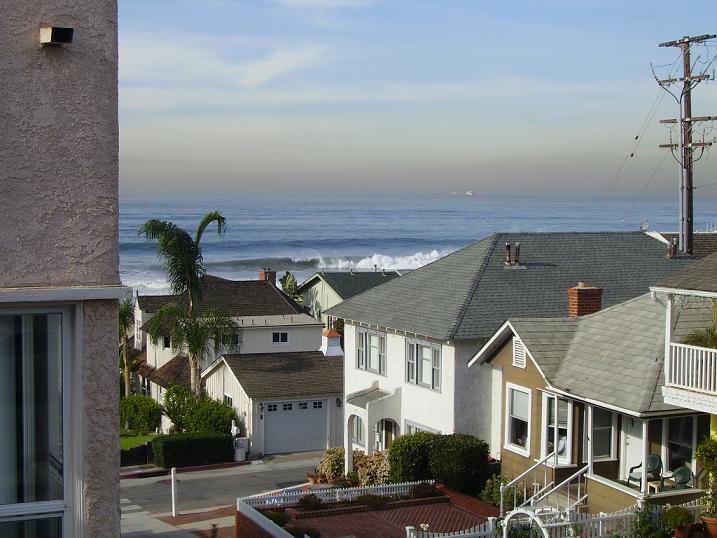 They closed down Manhattan Beah Pier, but still checked it out from the strand (a safe distance up!). 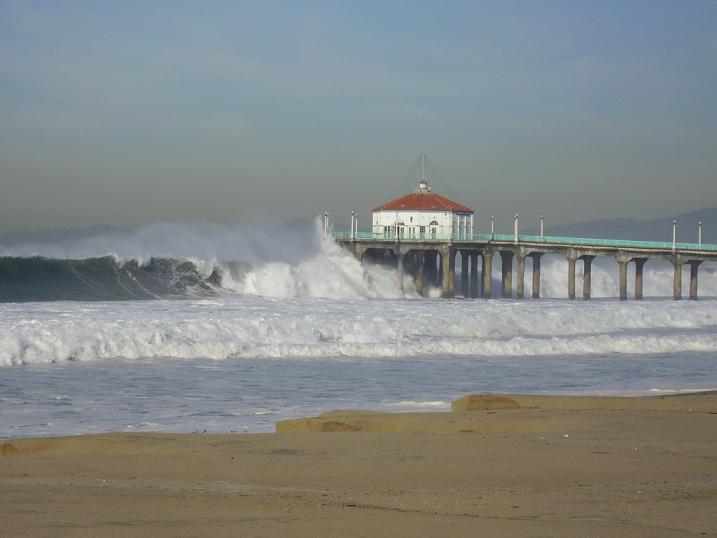 The whitewater on those waves were 10+ft high. Needless to say, noone was paddling out. And supposedly the LA County Lifeguards saved some woman that got swept away while standing on the bike path north of El Porto before closing off every beach in the SouthBay. 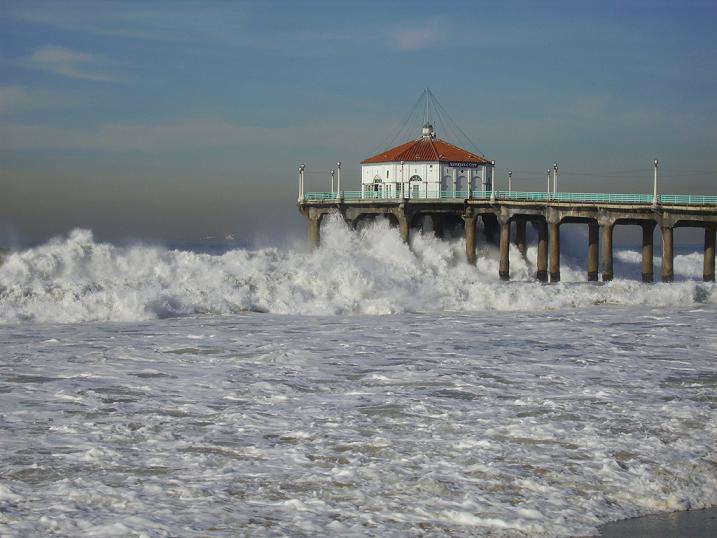 And as you can see in the next picture there was lots and lots of erosion. Almost no sand is left on the beach halfway to the volleyball courts. LA county continues to import sand at a rate of 9 million tons per year (*) and the washing away of sand from this storm alone is going to cost lots and lots of taxpayer $$! 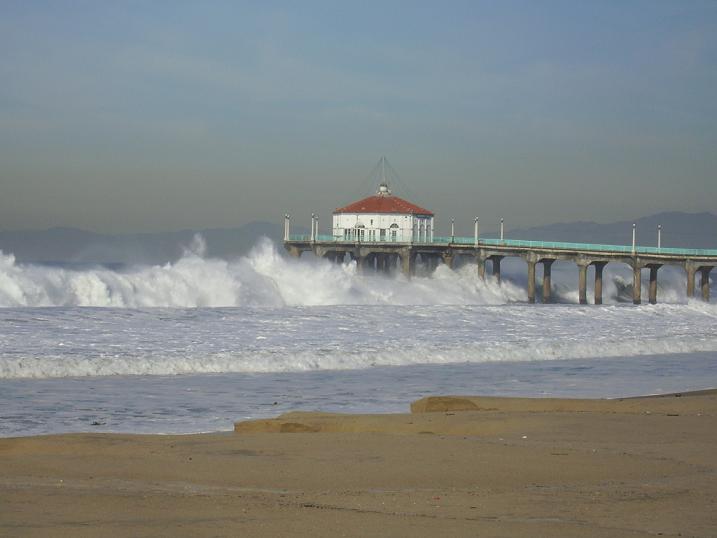 And my brother says that San Diego was firing more than the South Bay! Although at least one person died down in carlsbad.

Popular posts from this blog

April 02, 2008
I am my dad's personal Yahoo! answers person when it comes to things science and physics. So when I received a question on the dual nature of light and matter, I wrote him back a nice long (LFP!) email in answer. I thought I'd share. Question: Sound travels in waves and needs an "ether" for transmission.
Light is also a wave but doesn't need an ether. Is light in space "wave" or "particle"? because when light bends do particles bend or this this one of the examples of light as wave? Answer: Sound is a pressure wave. It is the compressing of molecules. It is the compression that is the sound.Light is a wave of electromagnetic fields, fields in this case being force representations. The light wave is a constant of nature in which a electric force changing will produce a magnetic force which will cause an electric force in a stable, repeating way traveling forward. There are other places where electricity creates magnetic forces and vice ver…
Read more

July 10, 2016
Spring Crypto Encryptor Details The Spring Crypto module is amazing. Secure defaults using standard interfaces really make it a pleasure to use, and with it being full tested and vetted, it also gives a develoepr the warm fuzzy feelings of nice Java security implentation.

The standard interface is through the org.springframework.security.crypto.encrypt.Encryptors class, defined (in version 3.2.0 here (the class API to which this blog post was written in July 2016). Spring Crypto uses AES256 encryption behind the scenes in its out of the box class setup; it's as easy as:

In the above code snippet, the password variable is a passcode, with the salt variable used to create the AES key. It uses 256 bit encryption with the standard calls (depending on your JRE/Java Cryptography Extension (JCE) Setup, make sure to download the appropriate extension). The default AESBytesEncryptor setup generates a 256 bit key (32 bytes) from a salted iteration done 1024 times. Another thing to note …
Read more

February 05, 2008
So my desk-mate* and I were having a conversation about an upcoming coding project, and he remarked how nice it was for someone, somewhere to post a complete sample on their blog for the spiders to index, so that he can find it. So I thought I would also, pay it forward and hopefully someone in like 2012 comes by and needs a sample main method using the spring spring framework for application level dependency injection.Everyone out there seems to have used the MVC and deploying spring based apps in a web server WAR file. Except for this link: Levarage Spring Web development with Offspring. [Offtopic: it uses classes in the com.offspring.* package, like the band's website!] It uses a simple bean file and a main method really close to the following snippet to instantiate (that's my new favorite word) the application using the spring context**: import org.springframework.context.ApplicationContext; import org.springframework.context.support.ClassPathXmlApplicationContext; import …
Read more